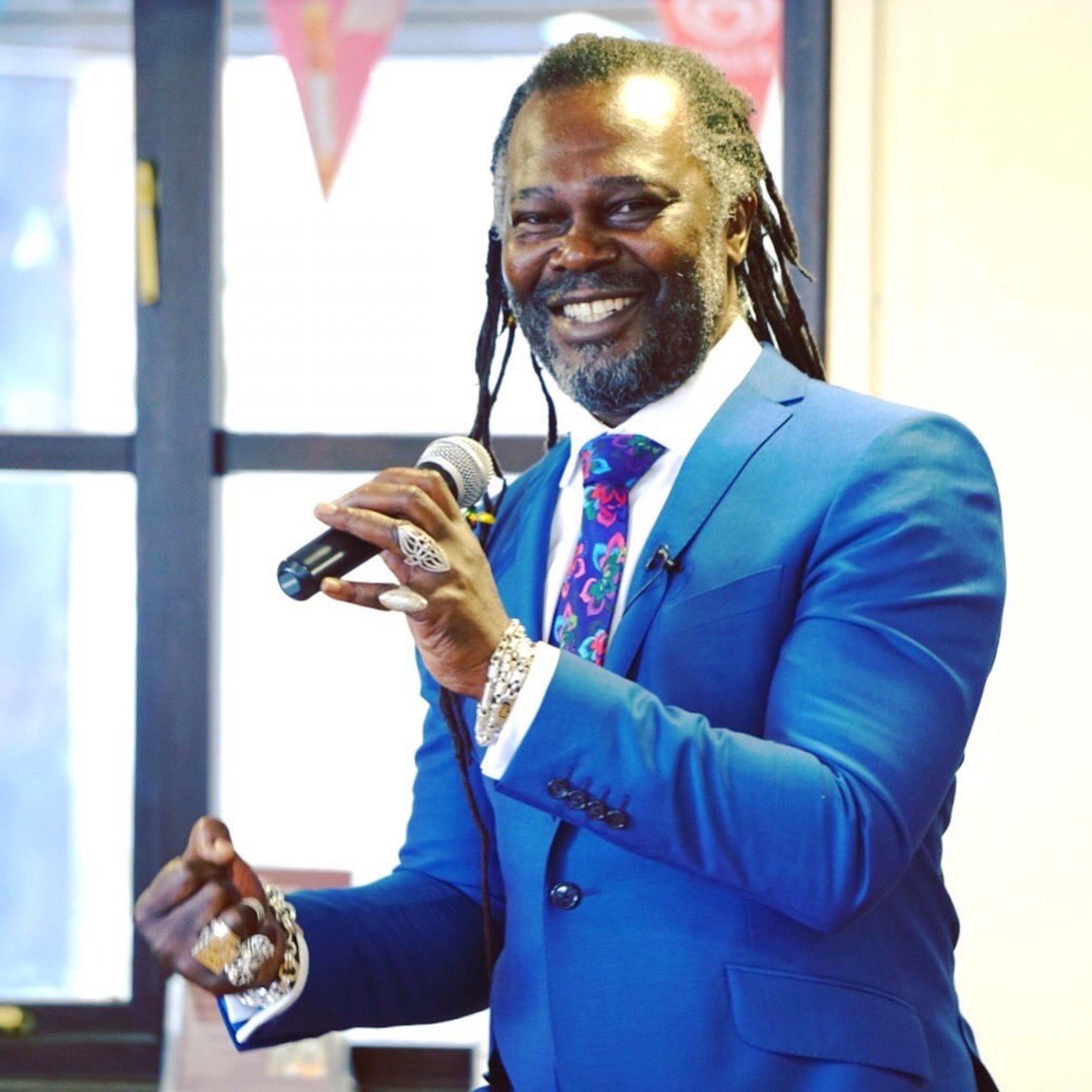 Mr Levi Roots – aka dragon slayer, sauce man, entrepreneur and chef first shot to fame on BBC2’s Dragon’s Den in 2007. Levi Roots has been a pioneer for Caribbean food and as a result of his continued hard work Caribbean food now has a place in the hearts of the Great British public.

His “Reggae Reggae Sauce” song he charmed Dragons Peter Jones and Richard Farleigh into investing in his spicy homemade Sauce, a secret recipe handed down to him from his grandmother. A speedy launch at Sainsbury’s just a few weeks later resulted in the sauce flying off the shelves and even outselling Heinz Tomato Ketchup!

Levi has managed to find time to write several cookbooks and alongside these, Levi has penned his business manual “You Can Get It If You Really Want”.  He is a great advocate for small to medium size businesses and is often found mentoring young entrepreneurs.

Levi makes time to do charitable works all over the country by attending schools, colleges and universities. In a befitting tribute The Royal Agricultural University has awarded Levi an honorary fellowship. Levi often attends prisons giving motivational talks where he speaks from the heart about his own experiences and gives a true insight as to how one can turn a negative into a positive.

As a licensing brand, Levi has partnered with some of the best names in the food industry and as a result has a wide range of products. “Reggae Reggae Sauce” was where the journey started but Levi now has several products under licence but most excitingly he is having a multi-million pound movie made about the story of his life!